Most Beautiful Latina Women In The World 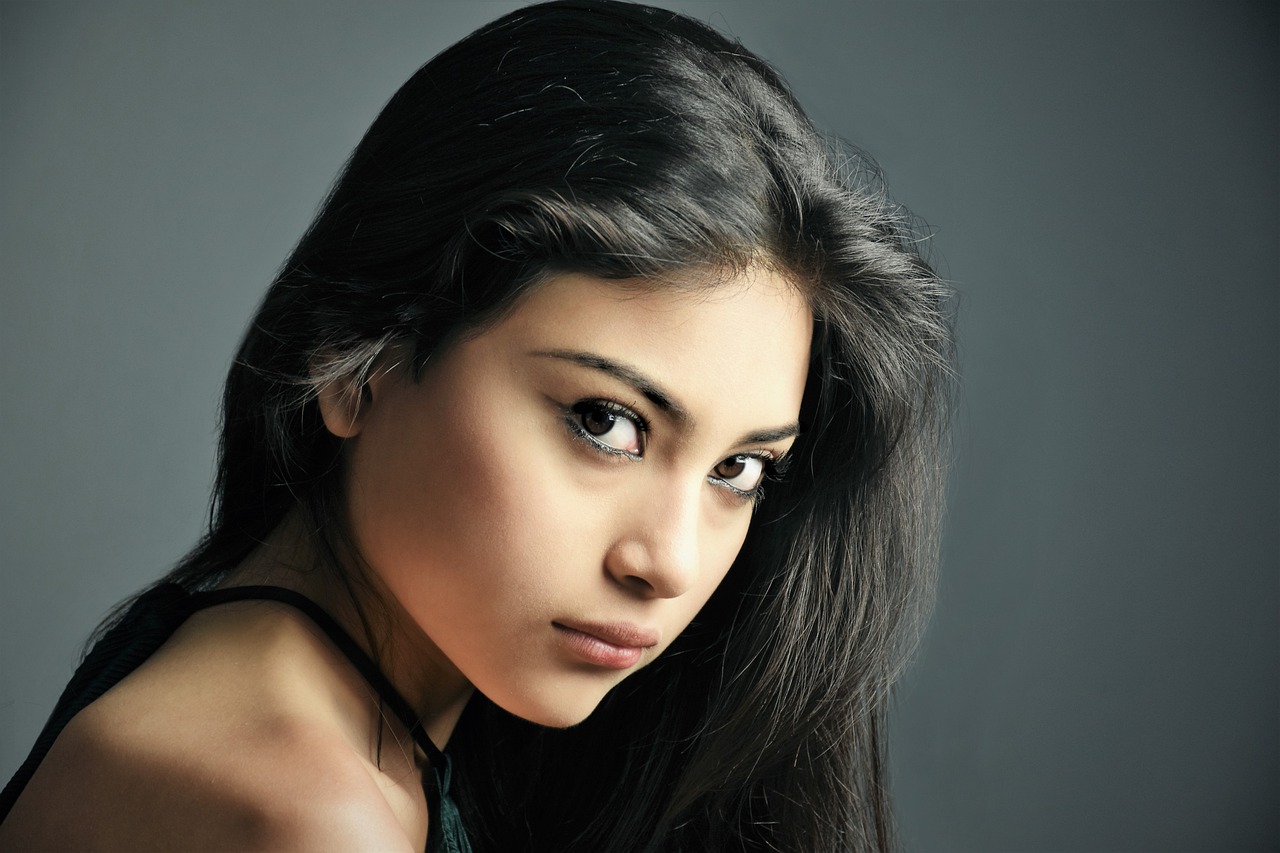 The most gorgeous and beautiful Latinas in Hollywood include women that are well-known for their exotic looks that have managed to captivate audiences worldwide. These famous ladies from Europe, the United States, and Latin America are all very proud of their Latina heritage. Here is a list of some of the most stunning Latina women in the world.

Sofia Vergara is a highly desirable figure in Hollywood, and she works hard to maintain this reputation. The famous star from Modern Family has admitted that she hates the gym, but she also knows that maintaining her shape is essential. She says that she psychologically tricks herself into believing that keeping in shape forms a part of her job. Once she is done, she is delighted that she did, since she feels so good.

This wouldn’t be the “most beautiful Latin women in the world” list without Jennifer Lopez, the first Latina named People magazine’s “Most Beautiful” in 2011. Since her first role, where she starred in the Selena biopic, Jennifer has continued to wow audiences worldwide with her unbelievable beauty and curvy body. Similar to fine wines, Lopez seems just to get better as she ages.

Star of Nickelodeon’s hit series Victorious, Victoria Justice is not one of those beauties known for wearing a lot of makeup. This half-Puerto Rican actress and singer, who also starred in Fun Size, states that she prefers a more “effortless appearance”. She once told Self magazine that she likes a close to no-makeup look. She admits that she wears waterproof mascara, blush, with sheer-finish lip color, and she is done. The star quickly pulls off laid-back and natural beauty.

Longoria appeared on the magazine cover for GQ Mexico in lingerie, showing off her exquisite figure and looks. Eva is known for her fascinating face and her bodacious body. Yet, it is her funny and infectious personality that has made this former Desperate Housewives star really stand out. Longoria tells GQ Mexico that “Beauty lies mainly above all in personality and not in the skin”. And many of her fans are in firm agreement with this statement.

Known for her model beauty, this Dominican model has captured the runway from Milan to New York in many highly acclaimed fashion shows. Arlenis was one of those instant hits in the fashion industry, and within two weeks of being signed, this beauty was already booked for editorials for Vogue Italia and Vogue. In one of her interviews, she states that Anna Wintour sent her to the Met Ball, in the first week of arriving in New York. Sosa goes onto say, “I felt like Cinderella”.

“Hips Don’t Lie” Shakira definitely deserves a place on this list as one of the hottest Latino’s of all time. From her very first English video, “Whenever, Wherever”, to one of the more recent dance-tastic clips, “Get It Started” with Pitbull, this Colombian superstar exudes sensuality with all her jaw-dropping gyrations, leaving men’s hearts racing.

Known as the “Spanish enchantress”, Penelope Cruz is one of those stunners that is known for her gorgeous looks that can stop most men in their tracks. It makes sense that this Oscar-winning star is a “muse” to directors such as Woody Allen and Pedro Almodóvar. But there is much more to Penelope than just her naturally beautiful pout lips. This starlet has admitted that she is much happier in her 30s than she was in her 20s. This authentic, sexy, and complex woman is similar to the character that she plays in Volver, which is a role that led to her very first Academy Award nomination.

Flawless is one of the best ways to describe Jessica Alba’s beauty. Whether photographed by the Paparazzi or gracing a famous magazine cover, this stunning Mexican-American never disappoints. She can thank her mother for some of her good looks. She often states that her mother told her she must invest in a daily moisturizing and cleansing routine. She also says that regardless of how tired she might be, she continually cleanses and moisturizes as she wakes up in the morning and before she goes to bed at night.

Zoë Saldaña may be strikingly beautiful, but she is actually a “confessed” guy’s girl. Not many people would know unless you have watched her in Colombiana an action film. Zoë trained six hours every day for around 3 months before filming. Her exercise routine included martial arts, core moves, light weights, and cardio. She states that physical roles provide her with the opportunity to learn new things.

Salma Hayek is still incredibly beautiful, and she is also one of those beauties that don’t believe in Botox or injections. The Mexican actress also admits she is not one of the “skinny girls”, and she is happy about that. She even says, ” I am at the limit of chubbiness at all times, but I am also happy at all times”. She does add that you must have an “alarm number”. Once you have reached that number, you need to take action to “put it in reverse”.

With that attention-grabbing mole, plump lips, and piercing eyes, Eva Mendes is undoubtedly a bombshell. Steeve Daviault, a makeup artist, once said that Mendes has strong and striking features that make it fun and easy to create many different looks.

The fresh-faced former starlet of Disney continues to turn heads thanks to her fashion choices, makeup, and eye-catching hair on The X Factor. She is also very open about the struggles she used to face with bullying and eating disorders. In 2011, after finally going for professional help, Lovato managed to return stronger and more confident, serving as an inspiration to many young girls worldwide.

You may know her for her role as the seductive, sultry, and always glamorous Adrian on ABC Family’s “The Secret Life of the American Teenager”, but as soon as she is off the camera, Francia definitely embraces her natural beauty. She has admitted in interviews that her mom taught her that when you are focused on being as natural as you can, people tend to resonate with your “true” beauty. She also states that if you wear loads of makeup daily when there is a special occasion to dress up, it won’t be surprising anymore for the people around you.

There is nothing to be ashamed of in former Without a Trace star Roselyn Sanchez’s game. This striking Puerto Rican singer and actress that also plans to star in Lifetime’s Devious Maids is not bothered that she is often referred to as a “sex symbol”. She once told Maxim that there is nothing to worry about people thinking you are beautiful and sexy. She also says that it is not that important to keep hearing, “Oh my God, she is so hot,” but rather, “She is great at what she does”. But if she hears both, then that’s even better.

Garces is one of those beautiful bombshells that literally turns heads wherever she goes. This Colombian actress, best known for a role that she played as a no-nonsense police officer Tina Hanlon on a popular TV show known as The Shield, is stunningly beautiful. She is also extremely fit, which may make you wonder why she works tirelessly to stay tight and toned? Well before she became an actress Paula Garces, was once an avid personal trainer and talented kickboxer. Today, she is once again focused on helping many people shed the pounds, yet she definitely still gets her fair share of male counterparts’ attention.

It comes as no surprise that Alessandra Ambrosio is well-known as Victoria’s Secret Angel. This exquisitely beautiful Brazilian supermodel is one fine heavenly specimen. It is also no wonder that Ambrosio is recognized on the lists of the sexiest women in the world, even after she gave birth to 2 children. On one of the brand’s televised annual fashion shows, she donned Victoria’s Secret’s $2.5 million “The Floral Fantasy Bra”, only two months after giving birth to her second baby.

Born in Barcelona to a Catalan father and Castilian mother, this beauty fearlessly moved to New York to pursue her dream to become an actress. Soon after her move to New York, she was approached by one of the popular modeling agencies that provided her with commercial work and print to finance her studies. Today she still constantly travels between Europe and the USA while performing in many productions in Spanish and English.

There is no shortage of women to make this list, however we couldn’t include all of them. These celebrities may be out of your league, so to speak, however that doesn’t mean you can’t find a beautiful latin women yourself! Mexico, Colombian, Puerto Rico, Cuba, Venezuela, Argentina, and many more countries around the world have millions of women who look just like these in the list!

And they aren’t just beautiful, they are charming, charismatic, energetic, and lots of other great characteristics that you would want. It can be difficult to just meet someone in person, by chance. Like walking through the grocery store and starting up a conversation or someone spilling coffee on you while walking out of Starbucks.

However, there are more sure ways to meet someone, such as using Latin dating sites online. These sites are tailored specifically to the man who wants to find a Latin beauty. And since these sites are niche specific, it’s easier to find, connect, and build a relationship with the woman of your dreams.